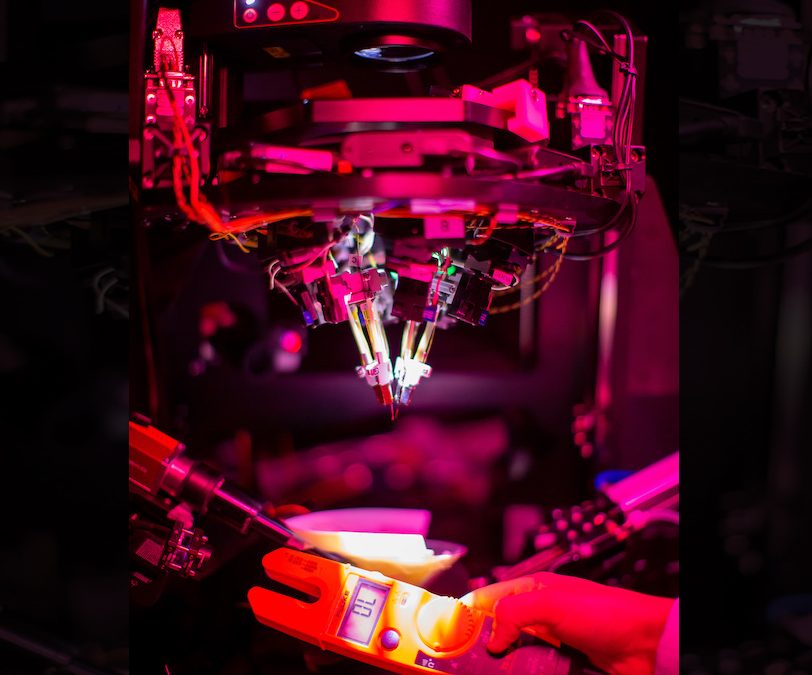 In the largest study of its kind to date, scientists at the Allen Institute for Brain Science use Neuropixels probes to capture details of how the mouse brain sees the world

The Allen Institute of Brain Science posted a summary of recent work from its MindScope Program. The team uses New Scale Technologies’ Multi-Probe Micromanipulator System to position Neuropixels silicon neural probes at precise locations in a brain. The Neuropixels probes are used to record brain activity in an effort to understand how we perceive the visual world around us.

A new study from researchers at the Allen Institute collected and analyzed the largest single dataset of neurons’ electrical activity to glean principles of how we perceive the visual world around us. The study, published in the journal Nature, captures the hundreds of split-second electrical signals that fire when an animal is interpreting what it sees.

Using Neuropixels, high-resolution silicon probes thinner than a human hair that read out activity from hundreds of neurons at once, the team built a public dataset of electrical spikes from approximately 100,000 neurons in the mouse brain.

The Neuropixels study built off a previous Allen Institute study that mapped the mouse brain’s wiring diagram, the physical connections made by bundles of axons between many different areas of the brain. With data from the Allen Mouse Brain Connectivity Atlas, that study traced thousands of connections within and between the thalamus and cortex, the outermost shell of the mammalian brain that is responsible for higher level functions, including processing the visual world.

Read the full article at alleninstitute.org