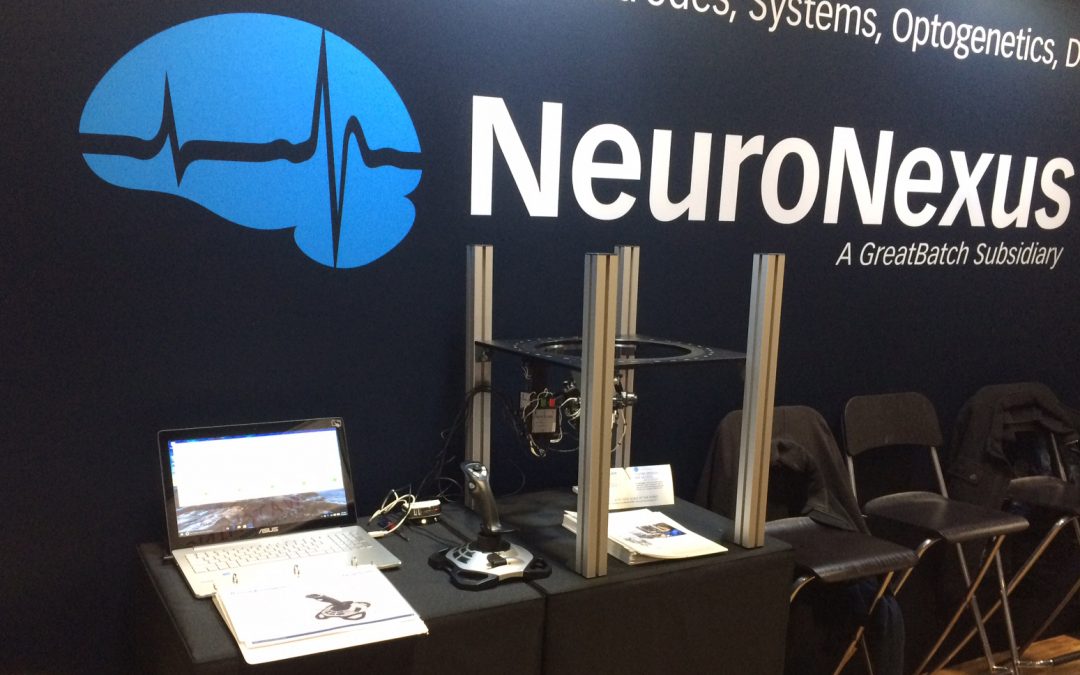 NeuroNexus develops and sells high-quality microelectrode arrays for electrophysiology and optogenetics research, including acute in-vivo recording of neural activity in the brain. The MPM System is the only micromanipulator designed specifically for use with the new high-density silicon probes. It enables independent positioning and control of multiple neural probes in an extremely compact space, suitable for recording in small behaving animals.

“The MPM System is ideal for simultaneous recording with silicon probes,” said Rio Vetter, Director of R&D at NeuroNexus. “It is easy to set up and use, with excellent repeatability across multiple experiments. This makes it a practical and powerful tool for our customers to accelerate data collection and discovery. Together with our neural probes and SmartBox data acquisition system, it creates a total system solution for electrophysiology and optogenetics research.”

Each probe arm in the MPM System has four degrees of freedom for initial pre-adjustment, and three axes of motorized motion for precise x-y positioning and z-axis insertion. The motorized positioners automatically and independently move each probe to the optimum location in the brain. Up to five probe arms can be controlled from a single PC interface.

“We’re pleased that NeuroNexus, a world leader in the development and commercialization of silicon probes, has included the MPM System as a key part of their solution for this exciting new area of research,” said David Henderson, CEO of New Scale Technologies. “As internationally recognized experts in neurotechnology, biomedical engineering and neural interface product development, the NeuroNexus team understands the needs of researchers and is well positioned to support users with this system.”